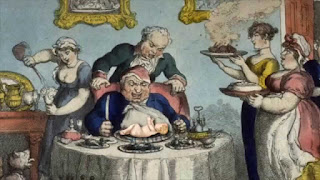 According to a new report from the U.S. Energy Information Administration (USEIA), “hybrid electric, plug-in hybrid electric, and battery electric” vehicles accounted for a mere 2.5% to 4.0% of total light-duty vehicle sales from 2012 through 2017.

It’s not that policymakers haven’t tried to encourage people to buy EVs. To date, EV owners have benefitted from direct purchase subsides of up to $7,500 from the feds and up to $5,000 from a number of states; free use of electric charging stations and reduced utility rates in their homes; free access to HOV lanes; and exemptions from various taxes, registration fees and inspection requirements. The U.S. government has even lavished $2 billion dollars on car manufacturers to encourage the production and sale of EVs.

Yet despite all these subsidies, EV sales can’t get out of park.

The US EIA report cited several factors for the “limited growth” of EV sales, including low gasoline prices, the increased fuel economy of conventional vehicles, and the “relatively high” price of new EVs. They also cited the lack of charging stations, which is “the biggest hurdle in the adoption of EVs,” according to a new study from the Rocky Mountain Institute.

It is becoming increasingly clear that if we hope to persuade the most well-off among us to purchase electric vehicles, we need to build a national network of Level 3 charging stations that would rival the network of gas stations that blankets the United States today.

It won’t be cheap. At a cost of up to $100,000 per charging station, such an ambitious undertaking would cost American taxpayers untold billions of dollars. And a project of that magnitude would require a virtual army of workers to complete.

But there is an obvious solution that is both simple and elegant: make some minor adjustments to existing child labor laws to allow children as young at 12 to help build a national network of EV charging stations.

The benefits are twofold. First, an influx of roughly 12 million kids between the ages of 12 and 14 would dramatically decrease the amount of time it would take to construct the more than 100,000 charging stations needed to match the current gasoline-station grid.

Second, the additional income these kids will bring in will help offset the higher taxes and utility bills that their parents will inevitably be hit with to help fund the construction of this new nationwide EV charging network.

To be sure, not all children will be physically capable of meeting the rigorous demands of manual labor of this kind. Others may find it difficult to adjust to an eight-hour workday on a construction site far from home. But those children can also contribute to the national effort to encourage the well-off to buy electric vehicles by serving as “gophers” at existing charging stations.

These gophers would perform small tasks for EV owners, such as washing their cars or fetching cups of coffee while the EV owners waited for their cars to charge, thereby enhancing the EV-ownership experience.

Older “gophers” who were licensed to drive would shuttle the EV owners back to their homes or offices and pick them up again after their cars were fully charged, providing a kind of “Uber-rich” service to the deserving class.

Of course, these recommendations are quite ludicrous. But considering that 90 percent of existing subsidy programs go to the top 20 percent of taxpayers, “ludicrous” doesn’t seem to be a deal-breaker when considering EV public policy.

It’s time for policymakers to rethink these Robin-Hood-in-reverse policies of EV subsidies for the rich.