Is New York Trying to Stop the American Energy Revolution?

The analogy is just too rich to ignore.

The first scenario—which was the direct result of then-Massachusetts Royal Governor Thomas Hutchinson’s desire to curry favor with King George—sparked the Boston Tea Party, which escalated into the American Revolution and ultimately led to our independence from Great Britain. 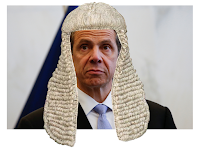 The implications of the second scenario—which is the direct result of New York Gov. Andrew Cuomo’s desire to curry favor with leading environmentalists—have yet to be seen. But Gov. Cuomo would be wise to study the missteps of his historic counterpart lest he be condemned to repeat them.

Just a decade ago when we depended on OPEC and other exporters for our fuel “security,” an argument could have been made for importing Russian natural gas to generate the energy needed to heat homes, schools, hospitals and businesses during record-breaking cold winters like the one New England is experiencing this year.

But domestic natural gas production has increased so dramatically in the last ten years that the U.S. is now a net exporter of natural gas for the first time in 59 years. So why the reliance on natural gas from a Russian company that was specifically sanctioned by the Treasury Department in 2014?

Despite our nation being awash in clean-burning natural gas—particularly from the abundant Marcellus Shale reservoir under West Virginia, Pennsylvania and New York—New England cannot access this resource without running pipelines through New York State. But New York politicians, led by Gov. Cuomo, have banned fracking and are blocking pipeline infrastructure projects at every turn, despite the fact that Cuomo himself said, “Realistically you have to move fuel, so a pipeline is the safest way if it's done right."

According to a recent Politico article, Cuomo is taking “an increasing stand against the construction of new natural gas infrastructure” to curry favor with leading environmentalists in an effort to shore up the “weakness on his left flank” as he positions himself for a possible 2020 presidential bid.
And the political pandering seems to be paying off.

“I think environmentalists have no choice but to pay some respect to Gov. Cuomo's moves—banning fracking was a big step, and he's followed it up with some other courageous decisions” on pipelines, said climate extremist and founder of 350.org, Bill McKibben.

As a result of Cuomo’s political ambitions, New England " does not have sufficient gas infrastructure to meet demand for both home heating and power generation … when it gets cold,” according to ISO New England, the Northeast region’s electric grid operator. The energy infrastructure deficit is so severe that utilities will almost certainly be forced to implement rolling blackouts in the coldest days of winters to come, ISO New England warned.

Without access to affordable, abundant domestic natural gas, New England states are turning to other, more expensive fuel sources. In fact, the pipeline constraints have caused New England to have the most expensive spot natural gas prices in the world—including this January.

In the brutal cold snap between last Christmas and January 9, Massachusetts electrical generators burned about two million barrels of more expensive oil, “which is more than double the amount burned throughout all of 2016,” according to Massachusetts Energy and Environmental Affairs Secretary Matt Beaton.

All of this could be prevented, of course, if Gov. Cuomo would allow the construction of the pipeline infrastructure needed to transport affordable and desperately needed natural gas to the birthplace of the American Revolution. Not only would that prevent the now-inevitable rolling blackouts, but it would demonstrate that Cuomo, unlike his historic predecessor, is dedicated to serving the American public and not some powerful special interest.
Posted by John Doyle at 9:38 PM No comments: