“[T]he notion that these social networks are seeking to profit off your content really shouldn’t shock people. It’s how these companies make money. On free social networks, you, your data, and, yes, your photos, are the product. People think that they are the customer on platforms like Facebook, but in fact, the advertiser is the customer, and you and your data is the product.”

This really shouldn’t be so shocking. Rod Serling warned us this day would come 50 (yes, 50) years ago.

The lesson for Instagram: If you plan to fry your customers, be sure to butter them up first.
Posted by John Doyle at 11:07 AM No comments: 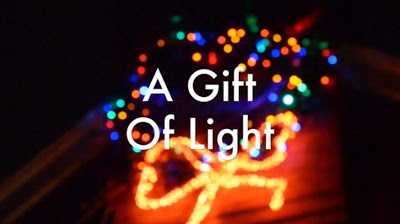 Many thanks to Jessica Carpenter of the Corcoran College of Art + Design who made Clark Griswold appear sane.
Posted by John Doyle at 11:04 PM No comments:

Last month, we reported that the International Academy of Compounding Pharmacists had sent their members a memo that offered explicit instructions on how to stonewall a Food and Drug Administration investigation of a drug called 17-P. Call them “balking points,” if you will.

Specifically, the IACP told their members that if the FDA asked for samples of the drug, they should say: “We do not maintain compounded 17-P in stock because our pharmacy prepares 17-P upon receipt of a prescription from a patient or prescriber.”

Apparently through some rabbit-hole trickery, the New England Compounding Center—the company at the center of the viral meningitis outbreak that has claimed at least 32 lives—got the IACP memo eight years before it was written.

According to The Washington Post, during a 2004 investigation of a medical dye called Trypan Blue, the FDA asked NECC co-owner Barry Cadden if he had any samples of the drug in stock. The FDA reported that Cadden said, “no because he just compounds the drug if he receives the prescriptions for certain patients.” But, sure enough, the FDA found 189 vials of the drug in a drawer marked “Trypan Blue.” (Those wily sleuths!)

Despite being caught blue-handed, NECC must have appreciated the futuristic advice because a year later Cadden made a donation of between $2,500 and $5,000 to the IACP’s legal defense fund. In 2009, the IACP declared, "To continue to champion the cause of pharmacy compounding and contend with entities such as FDA, we must not only be equipped with fighting words, but fighting dollars as well."

And they have put their money where their mouthpieces are. According to the Insurance Journal, “The International Academy of Compounding Pharmacists has spent more than $1 million lobbying Congress in the past decade and has a track record of defeating measures opposed by the industry. A 2003 provision to set up an FDA advisory committee to oversee compounders was killed by then-House Majority Leader Tom Delay, who said it would create unnecessary federal interference. Delay represented Sugar Land, Texas, the headquarters of the compounding academy.”

Now, there is absolutely nothing wrong with a trade association doing whatever it can (legally and transparently) to protect the interest of its members. In fact, trades have a responsibility to fight for their members' interests with all they've got. But the fight must be an honest one.

The days or surreptitious shenanigans and hidden hijinks are over. You can no longer make your words mean what you want them to mean. The time has come, my little friends, to talk of real things.

Posted by John Doyle at 4:05 PM No comments:


“Mittens! Turd Blossom! Wake up!! The mid-terms are just two years away and we’ve got to start studying now!! If we fail again, ol’ man Public’s gonna kick us out of Relevance for sure! Here, I made you a study sheet.”

1. Wither(ed) the Republican Party? – Think of the Internet as a make-up mirror. Its bright lights and concave surface magnify every flaw. So if the Republican Party keeps nominating (right) wing nuts, they are going to keep losing elections. Remember: like a hostess before a cocktail party or a soccer player before a game, you’ve got to be sure to check your nuts.

2. Thirty Pieces of Nate – Nate Silver, the whiz-kid statistician turned electoral savant, is the future of election forecasting. Using available polling data and a laptop, he correctly predicted the election outcome in all 50 states—including projecting a too-close-to-call race and eventual Obama win in Florida.

Facts are the future, gentlemen. Embrace them. If you were betrayed by anything, it was by the pollsters who told you that you smell good and everybody loves you ... because you paid them to.

3. Your facts machine is offline. If you’re going to continue to pay pollsters to lie to you, at least keep them from admitting on the record that they’re comfortable lying to us. Romney pollster Neil Newhouse may believe that “we’re not going to let our campaign be dictated by fact checkers,” but there are many Romney supporters who wish they had given it a try.

4. I didn’t catch your meme-ing. The Internet is the world’s refrigerator. Before you post something on it, ask someone besides your mother if it’s any good. Did you even look at the photo in this GOP attack meme before you posted it? It shows Obama looking like a GQ model (on a real runway), reading a book that is not an anti-American screed, sporting one of the most fortuitous fabric folds in the history of presidential portraits. (At least I think it’s a fabric fold.)

5. Diversity your portfolio. Heed this advice from the Mayor of Internetville (Population 6 billion):
“A lot of good people live here in I-ville, my friend. We got the Cunninghams, the Waltons, and the White family, sure. But we also got the Rodrigues family, the Nguyens, and the Husseins. Good people, all of them. So it’d be mighty neighborly if you’d occasionally include them in your cookouts, your croquet games, your public policy development, and what not. Don’t you think?

6. Gated-community organizing has limitations. – And speaking of being neighborly, please keep in mind that Internet communities share values, not club memberships. You need to start thinking outside box seats and try to find ways to connect with people who share your economic policies but not your economic status.

7. “Can’t buy me, Guv.” Raising money is important. How you spend it is more important. Buying ads on “Murder She Wrote” a week before the election is a mistake. The cataract-glazed eyeballs that still watch TV were already all in. The eyeballs you needed to reach are online zipping past any commercial that doesn’t grab them in the first second. You need to get a lot more creative in your ads and your targeting strategy.

Oh, and Sheldon Adelson wants his $53 million back.

8. Open mic, insert foot – If we’ve learned anything from the late great Leslie Nielsen, it’s that the mic is always on. These days, you don’t have to be Aaron Sorkin to produce a popular political drama. Everybody has a mic. And a video camera. And a distribution network. If you don’t want it plastered all over the Internet, don’t say it.

That goes for you too, Team Blue.

9. Video killed the GOP star. It’s one thing to get caught on tape admitting that you publicly framed Louis Winthorpe III and stole the orange crop futures report. It’s quite another to edit footage to make it look like the NAACP was cheering for your guy as if he had scored the winning touchdown under the Friday night lights. Remember: the Internet has an entire warehouse full of every video ever posted.

10. End of Daze – Like it or not, Republican Leadership, it’s the end of the world as you know it. This concept is more Bernays than Mayan-aise, but it’s true just the same. Nearly 100 years ago, the “father of modern PR” Edward Bernays said PR works because “the United States has become a small room in which a single whisper is magnified a thousand times.”

Thanks to the Internet, the world is now comprised of billions of rooms where videos of kittens and Republican gaffes are magnified millions of times. It's time to end your search for the “great white hope,” and start working on some real change if you want to keep the support of the millions of Americans who didn’t vote for Obama despite the fact that he’s black.