Houston, we've got a problem: Did NASA knowingly commission a doomsday prophet?

It’s odd that in all the breathless pronouncements about the “NASA funded study” that predicts the global collapse of modern civilization, there is not one mention of prior bias of the researcher NASA funded. It’s odd because it’s so devastatingly simple to uncover with a quick Google search.

Safa Motesharrei has been writing about the collapse of civilization since at least 2011 (and likely a lot earlier, but I gathered all I needed to know in my 10-minute search). What’s fascinating about his writing is his naked disdain for society’s wealthy, whom he calls “free riders,” and his totalitarian recommendations to save us all from this impending doom, including government policies to “stabilize population,” and to “stabilize industrial production per person.” Let the implications of those recommendations sink in.

So the real question becomes since NASA surely vetted Mr. Motesharrei, why did that fund the research of someone with such extreme views on government control? And if they didn't vet him, why not?
Posted by John Doyle at 11:18 AM 5 comments:

You know that look. 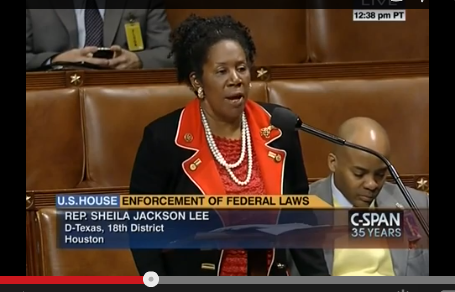 C-SPAN may be an entertainment wasteland, but it does have its moments. Here is one of them.

While Rep. Sheila Jackson Lee (D-TX) discusses the US Constitution, her staffer dutifully strikes the “I’m busy reading these documents while my boss talks” pose. Until she says this: 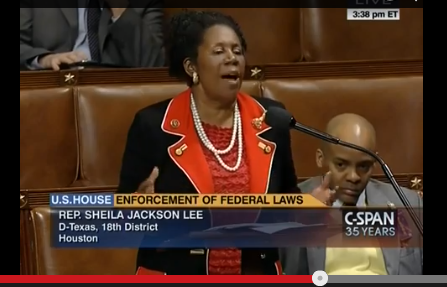 “Maybe I should offer a good thanks to the distinguished members of the majority, the Republicans, my chairman and others, for giving us an opportunity to have a deliberative constitutional discussion that reinforces the sanctity of this nation and how well it is that we have lasted some 400 years, operating under a constitution that clearly defines what is constitutional and what is not.”

Posted by John Doyle at 8:33 AM No comments: