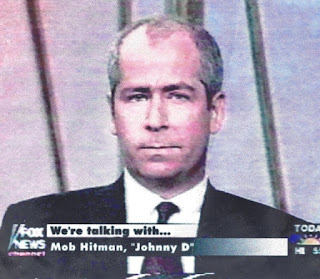 “Dad, please don’t make a scene” is the request my girls make every time we step into an Apple store. This time it was Claire. We were there to get her a Mac Daddy Probe, or whatever it’s called, for Christmas.

I promised to “try.”

Things got off to an auspicious start. We were greeted by a tall, red-headed self-labeled “genius” who listened to Claire’s request, opened one of the cupboards under the Genius Bar and, finding it bare, went to the Genius Storeroom in search of the laptop. But things quickly soured when it became clear that Young Red had decided to take a Genius Break.

We stood there simmering for 10 minutes. Well, I simmered.

Then, in an effort to not make a scene, I calmly approached another genius standing alone against the wall clutching a tablet to his chest and asked if he could help us. He smiled, pointed to his right ear, extended the tablet with his left hand and gestured that he wanted me to type my request.

I was not going to type my request.

I’m not saying he wasn’t deaf. By all indications, he was profoundly deaf, which is why I knew he knew exactly what I had just said. And he knew I knew he knew.

“All I need is someone to help my daughter buy a laptop.”

He offered the tablet again, this time in both hands, head slightly bowed, eyebrows raised as if doing everything in his power to help me, which is exactly what he wanted the small but growing crowd watching us to think. And he knew I knew that’s what he was up to.

So recalling the lessons I learned in my Wonder Years from communicating with my brother, Michael, who has always been hard of hearing, I looked Tablet Boy square in the eyes and slowly and clearly articulated, “I need someone to help my daughter” – turn head slowly, point to Claire, turn head back – “buy a laptop.”

He offered me the tablet for the third time, wide smile, raised eyebrows.

“Look,” I said slowly and clearly, looking straight into his eyes, “this is very simple, I need …”

Well, I guess technically I was making a scene at this point because Young Red cut his break short and rushed over to explain to me that, “in case you were unaware,” Tablet Boy is deaf “so we would all greatly appreciate it if you would simply type your request.”

There wasn’t a chance in Hell I was taking that tablet from that kid’s earnestly outstretched hands. The store had gotten quiet and people were watching us. I had to think fast.

Do you remember that scene in “Butch Cassidy and the Sundance Kid” where Butch and Sundance were trapped on a high cliff with La Forge and his men on one side and a raging river at the bottom of the cliff? Butch (Paul Newman) was trying to convince Sundance (Robert Redford) that they had to jump into the river before La Forge and his gang shot them. After arguing that he’d rather stand and fight, Sundance finally admitted he couldn’t swim.

And it was with that scene in mind when I finally “admitted” to the two Apple geniuses and the crowd we had attracted that, “I can’t read!”

Young Red could not have been more embarrassed for, well, basically all of us. He rushed back to the Genius Storeroom and got the Mac Boy Prone and gave it to Claire. I gave him my AmEx which he plugged it into his Genius register hanging from his belt. Then, not knowing exactly how to proceed, he handed the device to Claire so she could sign for her illiterate dad.

Yes, it was humiliating. But it was worth it to see the expression on Tablet Boy’s face because—understanding every word I said—he knew exactly what had just gone down. And he knew I knew he knew … even before I winked at him.