Are electric vehicles the trans fats of the highways? A case could be made. 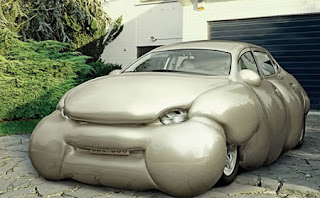 Back in the 1980’s when people—driven by the belief that “you can never be too rich or too thin”—relentlessly jazzercised to Richard Simmons video cassettes, trans fats were touted as a “heart healthy” way to lose weight.

Encouraged by public interest groups like the Center for Science in the Public Interest, which called trans fats “a great boon to American’s arteries,” food processors replaced saturated fats with trans fats in thousands of products.

Unfortunately, researchers soon discovered that trans fats were also causing 30,000 fatal heart attacks in the U.S. each year. The promised benefits of trans fats, it seems, were more hype than reality. And the same appears to be true for electric vehicles.

Once touted as the environmentally friendly substitute for internal combustion engine vehicles (ICE), new research suggests that EVs are much more expensive and significantly more toxic than their ICE counterparts.

A big part of EVs’ toxicity to both people and the planet is the process of producing the cars’ batteries. The Washington Post recently published a scathing investigative series about the dangers associated with lithium-ion battery production including: water shortages in Argentina caused by lithium mining, air and water pollution in China caused by graphite mining, and the children who are injured and killed while mining for cobalt in the Congo.

The good news—if you’re wealthy enough to afford an EV—is that they are heavily subsidized by the government. According to ACI, car buyers can qualify for up to $7,500 in federal tax credits for buying an EV and state tax credits of up to $5,000. But because EVs are so expensive to begin with these tax incentives are being lavished on the wealthy, with as much as 60% of EV subsidies going to households earning over $200,000 per year, while only 10% of electric vehicles subsidies went to households earning less than $75,000 per year.

“These explicit and implicit subsidies,” ACI wrote, “represent welfare for the rich at the cost of all taxpayers.”

In their report, ACI warns policymakers that “incentives designed to encourage electric vehicle ownership can have adverse consequences on society that outweigh their benefits.” Let’s hope they get the message before our nation’s highway arteries are clogged with these heavily polluting vehicles.
Posted by John Doyle at 12:49 PM No comments: